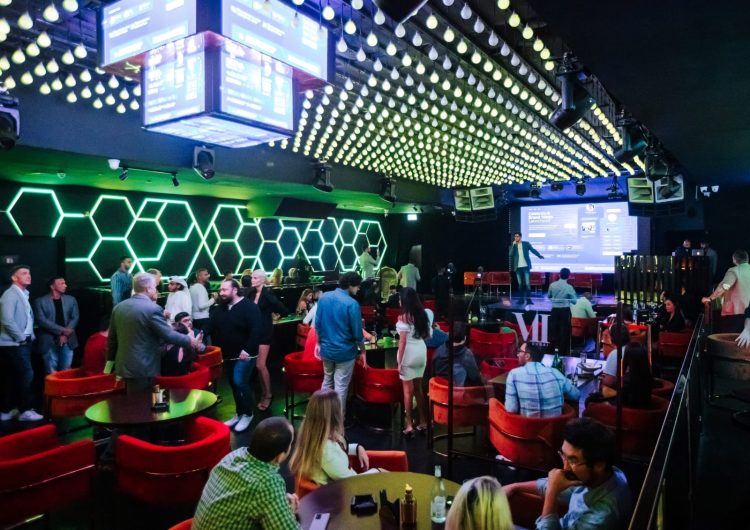 Bonuz is an ecosystem of celebrity tokens and a platform that allows users to purchase exclusive access to their preferred and most popular celebrity channel by purchasing blockchain-based tokens. The native $BONUZ platform token is used to support the whole Bonuz ecosystem. It functions similarly to Binance BNB or FTX’s FTT. The Bonuz platform is supported by $BONUZ, which raises capital and sells the $BONUZ token.

As far as entrepreneurs based in Dubai are concerned, Matthias Mende is one of the best known names. Mende has a long history of being an entrepreneur. Mende currently advises the CEO of the Dubai Blockchain Center, the highest government related blockchain in the UAE, that educates and helps in the development of the strategy for the UAE horizons of the Blockchain and the implementation of the technology.

Enough tokens had been sold by Bonuz till now that’ll make it reach a total valuation of $25 million and the Bonuz team is also working on a roadmap which will include an official take which is supposed to launch by the end of 2021. BSC and Solana being the foundation of those token ecosystems.

The future of the roadmap has plans for creating digital avatars of celebrities in a metaverse. $BONUZ will be the native token on the Bonuz platform. Bonuz has something to give to everyone, be it celebrities or the fans. The celebrities will receive royalties from the Bonuz ecosystem and it will be paid to them whenever their products are quoted and traded on the Bonuz market.

Bonuz will bring fans closer to their favorite celebrities more than ever, as well as get exclusive access to features other than content.

On July 8, 2021, Matthias Mende launched the first presale round of his new venture Bonuz. And so many people signed up for the event and they landed on the platform at the same time which led to crashing down of the server in just 30 seconds after the presale countdown. Even though they faced so many challenges and technical difficulties, they still managed to achieve their target goal of $250,000 within three hours. Beginning of December a FOMO Round at a $330 Million Valuation is scheduled about to start.

The Crypto and NFT world merging with the Automobile world, L-automobile Show is finally here